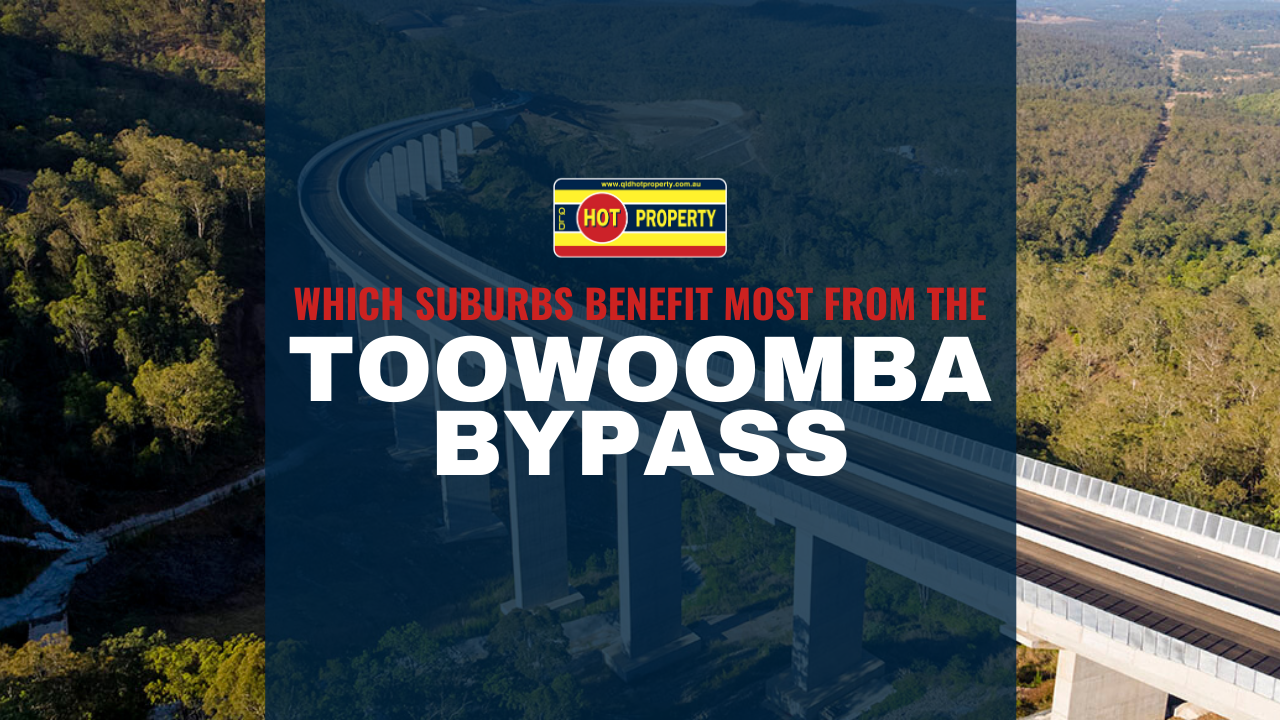 Which suburbs benefit most from the Toowoomba Bypass

Now that the Toowoomba Bypass (formerly known as the Toowoomba Second Range Crossing) is open for business, the region has at long last started to see a reduction in heavy traffic off James Street and freight and logistics moving away from the city centre.

It’s estimated that with the time saving allowed by the Toowoomba Bypass, trucks will be able to make an additional trip to the Port of Brisbane every day which is quite incredible and bodes well for our local economy. But other than the businesses who are moving goods between Toowoomba and the surrounding regions how does the Toowoomba Bypass benefit the residential market in Toowoomba?

Well, we believe that a couple of suburbs, in particular, will benefit greatly thanks to this new piece of infrastructure in the way of higher demand from both a house buying perspective and on the rental side of things.

The Toowoomba Bypass has already brought a number of large logistics companies to the region, especially out in the Charlton and Wellcamp areas. With new companies coming to town, they bring jobs and the people who want those jobs normally want to live relatively close to work. See where we’re going here?

We believe some of the more Western suburbs of Toowoomba such as Cotswold Hills, Glenvale, Wilsonton and Torrington will be the key beneficiaries feeding off the increased industrial activity surrounding the Toowoomba Bypass. From truck drivers to freight managers and all the admin and management teams that go along with these companies, they all need somewhere to live.

Better yet, this isn’t set to slow down any time soon. The Western pocket of Toowoomba is fuelled for growth and as we start to see more development through the Inland Rail at InterLink SQ and the Toowoomba Wellcamp Airport more companies will move in around these vital pieces of infrastructure bringing more and more jobs to the region, which is great news.

This should not only lift property prices in the Western suburbs but also create a greater demand in the rental market meaning investors will see an uptick in their rental incomes.

So all in all the Toowoomba Bypass, although it takes traffic off James Street and reduces noise in those once busy streets, it’s not actually those areas who have benefitted most from this new piece of infrastructure but more so those suburbs where residents can gain access to the jobs offered by the transport and logistics companies who work along the highway.

As always, if you have any questions or would like to learn more, please feel free to get in touch with us.

I always say look for infrastructure projects. And over the last couple of years, a lot of people

have been saying to me hasn’t the second range crossing added to the value of my property.

And the answer to that is, probably not. You know, I love off of that northern side of town so

surely my property has gone up in value just because they’ve spent billions of dollars on a road.

Well, that’s not necessarily the case it’s what value comes out of that asset. At this stage, I

and also Torrington and Cotswold Hills. Because people will want to live in those suburbs to get

that , so if you’re employed by those companies that are using that asset, then yes definitely,

those are the suburbs that you should be looking at.